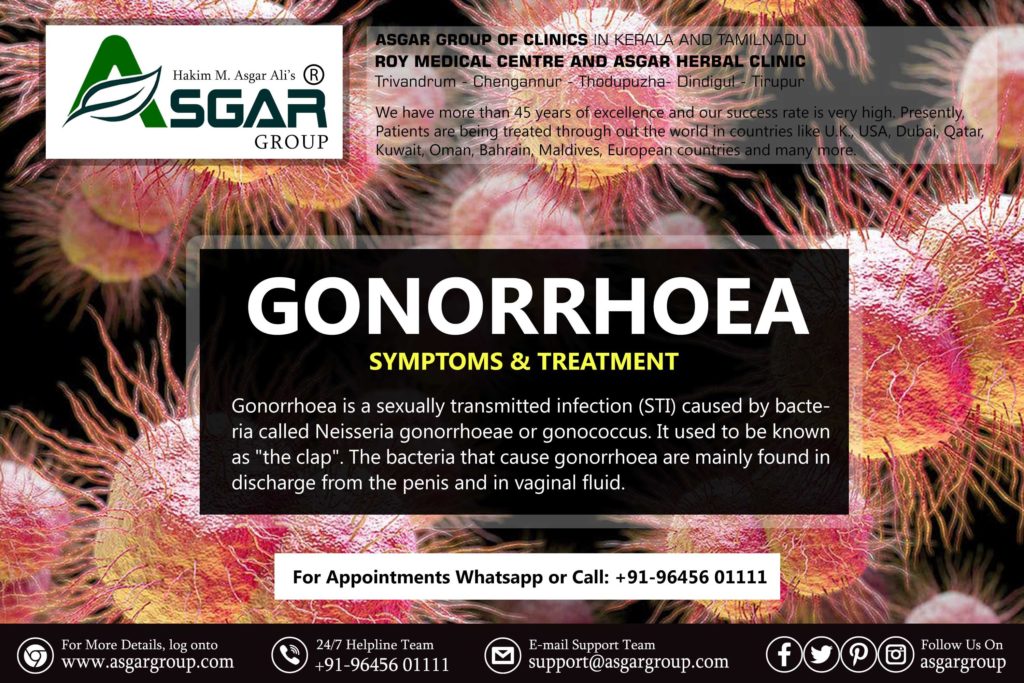 Gonorrhea is a sexually transmitted infection caused by the bacterium Neisseria gonorrheoae. Gonorrhea affects both men and women and can infect the cervix, urethra, rectum, anus and throat. Gonorrhea is one of the most common sexually transmitted diseases (STDs) and the global gonorrhea statistics show that an estimated 62 million cases of gonorrhea occur each year, affecting more women than men. Gonorrhea is easily curable but if left untreated it can cause serious health problems such as pelvic inflammatory disease(PID), which can lead to abdominal pain and ectopic pregnancy in women. Untreated, gonorrhea can also lead to infertility, meningitis and septicaemia.

WOMEN
A change in vaginal discharge; it may appear in abundance, change to a yellow or greenish colour, and develop a strong smell.
A burning sensation or pain whilst passing urine.
Irritation and/or discharge from the anus.

MEN
Gonorrhea can cause painful inflammation of the testicles and the prostate gland, potentially leading to epididymitus, which can cause infertility.
Without treatment, a narrowing of the urethra or abscesses can develop after time. This causes considerable pain and problems whilst urinating.

WOMEN
Gonorrhea can cause Pelvic Inflammatory Disease (PID), an inflammation of the fallopian tubes (the tubes along which an egg passes to get to the womb), which increases the future risk of ectopic pregnancy (a pregnancy outside the womb) or premature birth.
If a woman is pregnant and has gonorrhea when giving birth, the infection may be passed on to her child. The baby could be born with a gonoccocal eye infection, which must be treated with antibiotics as it can cause blindness. It is better for the woman to get treatment before giving birth.

HOW IS GONORRHEA PASSED ON?
Gonorrhea is passed on through penetrative sex, including:

If you have any symptoms or you are worried you may have been infected with gonorrhea, you should discuss your worries with a doctor. They may be able to run tests or offer you treatment themselves, or else will refer you to someone who can.