How effective are condoms? 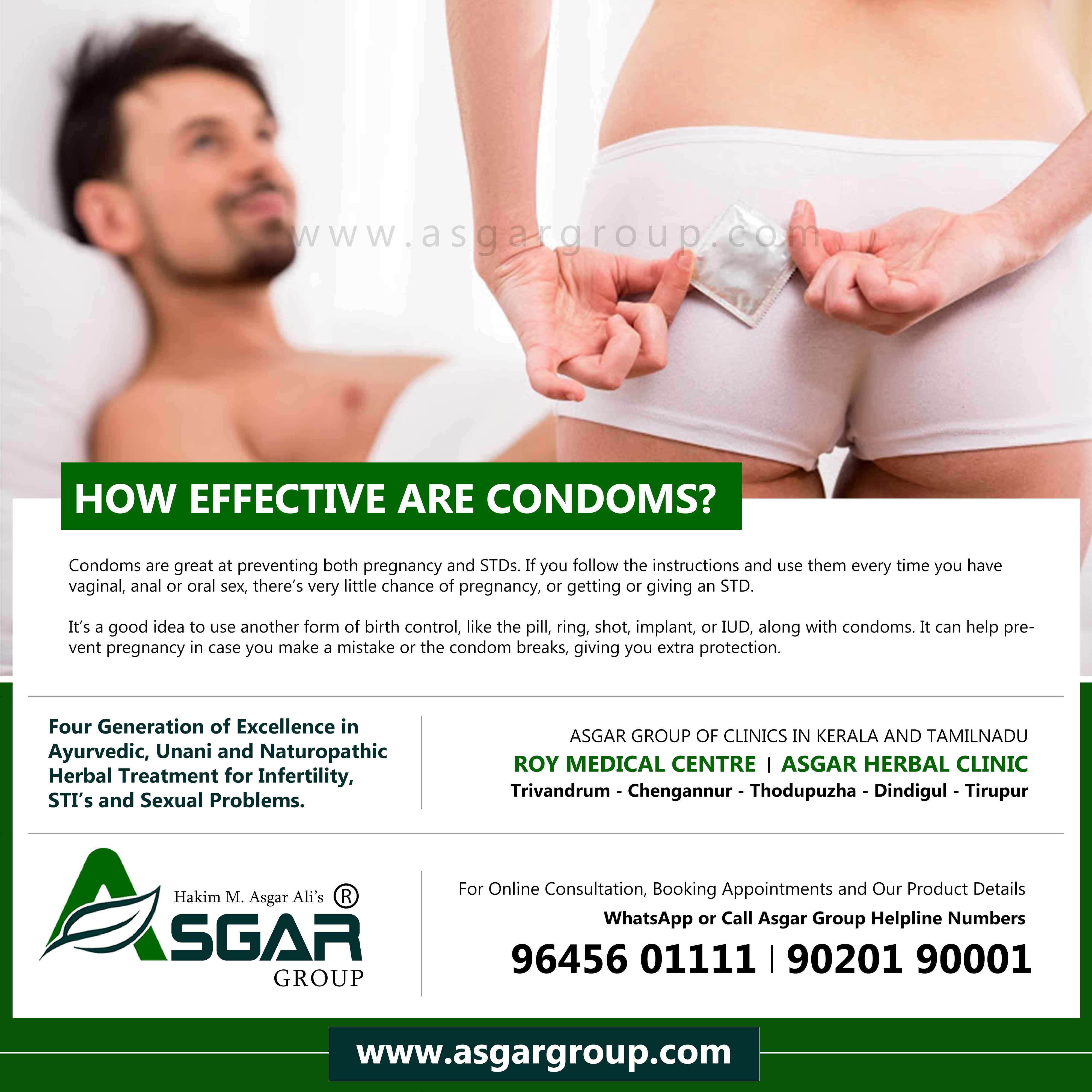 How effective are condoms against pregnancy?

Female condoms are about 95% effective when used properly. They only work 79% of the time if you don’t use them right.

Tips for Proper Male Condom Use

You can put a male condom on at any time before or during sex.

1. Make sure you don’t tear the condom when you open the package.

2. Throw it out if it’s brittle, stiff, sticky, or expired.

3. Put it on after your penis is erect and before it touches any part of your partner.

4. Keep it on the entire time, from start to finish.

5. Use a new one every time. That means for every erection.

6. If you’re uncircumcised, pull your foreskin back before you put the condom on.

7. If the condom doesn’t have a reservoir tip, pinch the end to leave about a half inch of space to collect the semen when you ejaculate.

8. As you hold onto the tip (if there isn’t a reservoir), use your other hand to roll the condom all the way down to the base of your penis.

9. If you feel it break or tear during sex, stop immediately, pull out, and put on a new condom.

10. After you ejaculate and before you lose your erection, carefully pull out, making sure the condom stays on.

11. When you remove it, make sure the semen doesn’t spill out.

Taking good care of your condoms and using them correctly every single time you have sex is key.

Store your condoms in a cool, dry place away from any sharp objects and direct sunlight. Don’t keep them in your pocket, car, or bathroom for long periods of time over 1 month, because excessive heat and moisture can damage condoms over time.

Lastly, it’s a good idea to use another form of birth control, like the pill, ring, shot, implant, or IUD, along with condoms. It can help prevent pregnancy in case you make a mistake or the condom breaks, giving you extra protection.